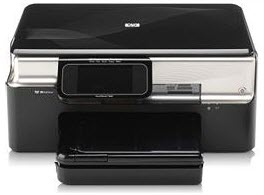 TigerDirect has sent me a list of exclusive deals for the readers of Skylarking. These are TigerDirect Exclusive Deals, Limited Time Offers, Act Now And Save! Click the link at left to see a complete list of special deals. And remember, this are only available at these prices for a limited time. The link will let them know that Skylarking sent you.

Some noteworthy items are:

HP Photosmart C4580 All-In-One Color Inkjet Printer with Wi-Fi: Refurbished $79.99. Imagine wireless color photo printing and standard printing of 23 to 30 pages per minute on your home wireless network. It also has built-in copier and scanner functions (but no fax). This is a refurbished unit. This printer costs over $120 new from your major retailers.

There are many, many more items to choose from. So check out the rest of these TigerDirect Exclusive Deals, Limited Time Offers, Act Now And Save! And remember Tigerdirect offers $1.99 for shipping for orders over $100 but less than 20 lbs.

Note:
There’s been a lot of chat on the Internet and in the press concerning bloggers getting paid to review products and web sites. (Most notably in the Wall Street Journal last month). I get approached a few times a week to write about particular products and web sites, but I always offer my honest opinion in my posts. I have turned down many, many more offers than I’ve accepted.

The same applies to the products in this post. I have only highlighted products that I think are worthwhile and provide a significant savings compared to their regular price.