Trouble with Windows 7 and the T-Mobile G1 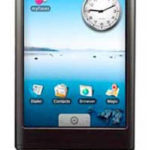 I don’t have any complaints with Windows 7 whatsoever. Really I don’t, but I have read about some people experiencing a problem accessing the G1’s SD card with Windows 7.

Okay, I experienced this problem too, but, luckily, I knew how to fix it.

What happened? I was connecting my T-Mobile G1 Smartphone to my computer to backup the memory chip in the phone. For your information, the G1 was the first phone to use Google’s Android Operating System for smartphones. Today’s leading Android based phones are Verizon’s Droid, Google’s Nexus One, and T-Mobile’s new Samsung Vibrant.

But, as they say, I digress.

Shortly after upgrading to Windows 7, I attached my G1 to my PC via the docking station, and then I “mounted” the SD card in the G1 by selecting “Mount” option from the G1’s notification panel.

Now, for those who don’t have a G1, you “mount the SD card” — sounds ‘dirty’, I know — so you can transfer files to and from the SD or memory card in the phone to your computer.

But, now, with Windows 7, one time I attached my G1 via its USB cable (or docking station) I saw a notification on my computer’s desktop that Windows was “installing a driver” for the “HTC Dream”. (For your information, HTC is the company that makes the G1 for Google and T-Mobile. Dream is HTC’s model name for the G1).

I had never seen this happen before, but I thought it was cool because I was thrilled that Windows 7 was capable of recognizing so many devices when they were attached to the computer.

My thrill was short lived.

Once I mounted the card, and I double clicked the “Computer” icon on the desktop, I expected to see an icon, as I had in the past, that represented the SD card in my phone.

The icon wasn’t there.

I unmounted the card, remounted it, and, again, no icon for the card visible after double-clicking the Computer icon.

This meant I wouldn’t be able to get my files the old fashioned way. Instead, I would have to remove the card from the phone and insert it into the memory card reader on my desktop computer. That would work, but I would prefer being able to just access he chip by attaching the phone to the computer as I always had.

The Fix. Here’s the solution for anyone who has experienced this problem, too.

Now when I connect my T-Mobile G1 via its USB cable or dock, and then mount the SD card, I am able to access the G1’s memory chip and transfer my files without a hitch.