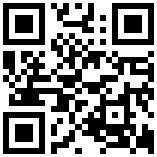 This is one of those one-thing-leads-to-another stories.

Yesterday, I received an email newsletter with a headline “Are QR Codes an Outdated Technology?” Since I create and track QR (quick response) codes as one of my business services, I was interested and took a look. The story linked a YouTube video titled “Image recognition that triggers augmented reality” from the TEDTalks series. The video was demonstrating an app called “Aurasma” which can be installed on Android and iPhone smartphones. 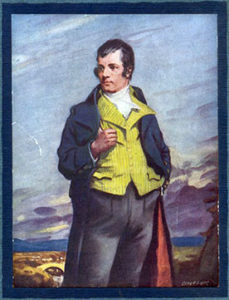 Scan me with Aurasma on your smartphone

In my opinion, the video and lecture boiled down to “Why use QR codes as tags when the object can be a tag?” That is: If the image or object has a unique appearance, then it could be used a link to more information when scanned or photographed with a smartphone. So if you’re an artist, you don’t need a QR (quick response)  code on your publicity materials; just use your photo or one of your works, and when people scan it, they will be given more information via the Internet or other medium. In the demo, they used a painting of the Scottish poet Robert Burns, which when viewed with the Aurasma app, a video would take its place with an actor reciting one of Burns’ poems.

I tried out Aurasma on my Samsung Galaxy S III Android phone, and — while it worked — I found that there was a very very small number of companies making use of it. Furthermore, the company behind Aurasma was really providing customized apps for the companies that wanted it so they could create their own social media campaigns and games. These companies included Marvel and DC Comics, Document magazine, and a clothing company called Moosejaw.

Marvel and DC Comics are using augmented reality apps in major cities around the world. Instead of scanning a QR Code with your phone, you could scan architectural landmarks and posters, and then be presented with a video of a superhero or villain in action superimposed over the landmark standing before you. In the example at right, an Avengers X-Men poster is scanned with an app that superimposes a 3D image of Iron Man when viewed through the phone.

This is a good time to answer the question: What is augmented reality? According to Wikipedia:

Think of it as similar to a HUD (heads up display) on a fighter jet or high-end automobile. You see the world in front of your, but computers project additional relevant information into your field of vision.

You can get the Marvel AR app for Android or iPhone from Marvel’s Mobile App page. Come back tomorrow when I show you what Moosejaw did with AR. I’ll also talk about a app that I got a lot of mileage out of yesterday. I’ll give you a clue, its called “Chestburster”. Think sci-fi.