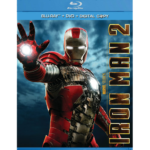 I used to read comic books. Admittedly, I still pick one up and flip through the pages to see what’s going on with some of my favorites.

One favorite has always been Iron Man.

I loved the first Iron Man movie. I probably saw it at least 6 times in the theater. I bought the DVD shortly after it came out… and I was waiting for it to come out, too.

I didn’t think the second one was as good as the first. The first one was good enough to make up for it, I guess. I was concerned the filmmakers wouldn’t work so hard on the second one. It’s easy to do when then first was so successful.

Regardless, Iron Man 2 is available on Blu-ray and DVD today. Both can be bought with digital copies for your computer or laptop. You can use the links here to take advantage of the great prices at Buy.com. 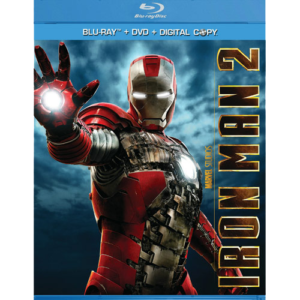 Video: To Stream or Not To Stream

That is today’s question.

I’m referring to the video streaming services that are available for the home consumer market today: Netflix, CinemaNow, Amazon’s Video on Demand, and Blockbuster. Streaming video, for those unfamiliar, allows you to watch a video while it downloads. This was available to computers originally, and has since moved on to include televisions via game consoles and set-top boxes, and mobile phones most recently through YouTube and MySpace among others.

I’ve read a lot of articles with a lot of opinions on which is better or best, but it seems clear to me there is no one service that works best for everyone and every viewing platform:

As Tim Berry at business planning site Bplans.com says, “Not everyone is your customer.”

What Services are there?

For streaming video to your computer you have many choices: Netflix, Blockbuster, Amazon’s Video on Demand, iTunes, and CinemaNow among others. Some of these, such as iTunes, aren’t true streaming services since the video must be partially or completely downloaded first in order to be watched, but broadband Internet access is sharply reducing the amount of time one must wait for the video to download.

All you need is some video playing software on your computer in order to watch the videos. Some services use popular pre-existing programs such as Apple’s Quicktime (which is included with iTunes) and Microsoft’s Windows Media Player. Some services, such as Amazon’s Video on Demand use their own software. (Amazon has their Unbox Video player software.) Others, such as Google’s YouTube and Hulu from NBC Universal and News Corp. can be watched in your browser.

Some of these services charges have a monthly subscription fee you can use, or you can pay on demand. If you watch videos frequently, they are bound to have a monthly subscription plan that you will find suitable. Otherwise you can expect to pay at least $1.99 or $3.99 per video for on demand service. New releases tend to be harding to get as not all film distributors are willing to make their videos available in this fashion.

The number of television services are increasing rapidly, but, in my opinion, still has a way to go. Quality is still not dependable from the true streaming services.

For example, Netflix, a perennial favorite, allows you to stream to your computer, and a variety of network media boxes are available which allow you to connect your computer to your television though your home computer network. You also have the option of streaming to a TiVo digital video recorder, a Xbox 360 game console, or a LG BD300 or Samsung’s BD-P2500 or BD-P2550 Blu-ray disc players. The video will download at the highest possible speed with the highest possible picture quality, but if there is a increase in demand the picture quality reduces to maintain the download speed necessary to keep the picture moving. A recent increase in usage by Xbox 360 owners caused such an increase in demand that some experienced picture qualities they considered “unwatchable”.

There are other set-top boxes to look at, too, such as Vudu and Roku.

for accessing Netflix video on demand service. This player sells at Best Buy for $349, but you can get it at Amazon for $290 now.

Principal among the mobile phones are the Blackberry and iPhone. These new phones, along with Google G1 phone from T-Mobile, allow you to watch videos from any of the web based services. You laso have the option of storing video files on some of the phones with large storage capability. For example, the iPhone allows you to download videos from the iTunes service. Verizon offers it VCast television service which allows you to watch television programs on your cellphone.

The phones cost over $179, and then your phone service is about $39 a month (but you already knew that) plus there is a data service fee of $30 per month as well. The data service is needed for either Vcast or Internet access on your Blackberry, G1, or iPhone.

My Issues, Maybe Yours

Many of us watch too much TV, and in many cases too much video. Which is worse?  That all depends on what you watch and who you talk to.  Monthly subscriptions make me feel forced to watch video or feel as though I’m throwing my money away. I was an early adopter of Netflix, among other things, and paid the monthly subscription for a whole year and only watched one video, so that was a $96 rental. Big waste. I’m more of an on-demand video watcher, not an on schedule video watcher. I prefer to be informed over entertained, and when I’m informed I like to be informed honestly and objectively whenever possible.

I also like to have maximum picture quality. I had a laserdisc player, still do, and I have several DVD players. I think some of my laserdiscs look better than some of my DVDs. The engineering quality isn’t always equal. Some manufacturers put a little extra care into the transfer, but streaming video currently has a variable picture quality to account for levels of demand. Some days are better than others. I’m just thinking about digital TV right now. The occasional picture scrambling drives me nuts. We get to look forward to that 24 hours a day when analog TV broadcasts go offline in February 2009.

I hope you’ve found this post informative today. Let me know what you think of streaming video, the different services, and anything related. Or send me a question for a future post.

Not too long ago we saw the beginning and the end of the high definition video disc war. HD-DVD and Blu-ray. Blu-ray was the winner when it was backed by major video distributors, motion picture companies, and manufacturers.  Blu-ray has seen growing support from home consumers for the past year.  One of the reasons many have held out on buying into the new format is the high cost of the Blu-ray players.  Standard DVD players are selling for less than $100, while Blu-ray players are selling for upwards from $260, but here’s a special short term offer from Dell:

Currently, Dell sells the Philips BDP 7200 for $239. (Best Buy is selling this machine for $349.) Use the follwoing coupon code at checkout, N20JW2GFZMKT0H, and you can save an additional $40 on the price. This offer expires tomorrow on Wednesday, Dec. 17 at 6 AM Central time.

10 Days of Deals at Dell

Try to say that 10 times fast.

Click the image at right to see Dell’s “10 Days of Deals” page with savings on computers, monitors, Blu-ray disc players. Each day through October 14 through 23rd will feature discounts and savings on different products, so check back each day. Here’s a list of some upcoming products.

Get a Sony BDP-S350 Blu-ray Disc Player for $269 after $30 off!  Get the superb picture and sound quality only available on a blu-rayu disc player. CNET had this to say about the BDP-S350, “the combination of its small design, solid feature set, and excellent image quality make the Sony BDP-S350 a worthwhile standalone Blu-ray player–especially if you can find it for less than $300”. And her it is, under $300. Speaking for myself, this is the price I’ve been waiting for, a blu-ray player under $300.

Get $120 off on a Dell E248WP 24″ widescreen flat LCD monitor for $299! It has 1920 x 1200 native resolution for stunning detail without compromising desk space, a 5 millisecond response time which helps reduce ghosting and motion blur when gaming or watching movies, a 1000:1 contrast ratio for darker blacks and sharper images, crisp text, better color saturation and greater detail for HD entertainment.

There are more items available which I’ve not mentioned here.

Following up on yesterday’s news from Pioneer, today Pioneer announced its plans to release Blu-ray recorders in Japan by year’s end. Currently, there are no official plans for overseas sales.

At this time Sony, Panasonic, and Sharp dominate the Japanese domestic market for Blu-ray sales. Pioneer’s recorders will be developed with Sharp which already sells its own Blu-ray recorders. Sharp is Pioneer’s largest shareholder with a 14% stake in the company.

In the US, Blu-ray recorders are only available as a computer peripheral, and not as a home recorder for the television. Sony unveiled BDZ-S77 Blu-Ray Disc Recorder for sale in Japan, 5 years ago, in 2003.

July 7, 2008, Tokyo — The Pioneer Corporation announced today that it has successfully developed a 16-layer optical disc (DVD) that is Blu-ray compatible with a storage capacity or 400 GB. That’s 4 times the current Blu-ray capacity, and 48 times that of standard DVDs.

To date, Blu-ray technology has been either single or dual layer, with each layer capable of storing 25 GB (gigabytes) of information. So a dual layer Blu-ray disc could hold 50 GB of data. The new Pioneer disc will also hold 25 GB per layer, but with 16 layers the capacity comes to 400 GB — that’s equal to 48 DVDs or 586 CDs!

The new technology from Pioneer would make it possible to put a 4 disc Blu-ray DVD set on a single disc. Hence Pioneer is touting the new technology’s ability to conserve resources.

Sony had noted that Blu-ray would be capable of achieving 8 to 10 layers for a maximum capacity of 250 GB, but problems arose as the signal weakened from layer to layer. Pioneer claims to have solved this problem.

The new Pioneer disc is a read-only disc, which means there is no recordable version as yet, but they believe they can transfer the technology to a recordable disc. Pioneer will provide more details on the technology at the International Symposium on Optical Memory and Optical Data Storage 2008 (ISOM/ODS2008) to be held in Hawaii starting on July 13, 2008.