Samsung Vibrant is NOT my new Android Phone (Part Three)

I’ve been discussing issues I’ve had with Samsung’s Vibrant Android Phone. This is just one of four new phones in Samsung’s Galaxy S Series which includes Epic 4G (Sprint), the Captivate (AT&T), and Fascinate (Verizon).

So far my small yet bothersome problems have been the Contact Manager and the Calendar. Now comes the biggie. The problem that pushed me over the edge and made me return the phone for another model. (I’ll tell you what I got instead).

WorkSmart Labs CardioTrainer on the G1

GPS. I am far from the first to complain about the GPS problems with the Samsung Vibrant. Sadly I wasn’t aware of this when I bought the phone, or I didn’t believe the magnitude of the problem.

The complaints have been that the GPS doesn’t get a strong satellite lock or that it takes too long to get one or that it’s just not reliable. I experienced all three problems. Various fixes were discussed in a variety of places online, but none of the fixes I found and implemented fixed the problem. 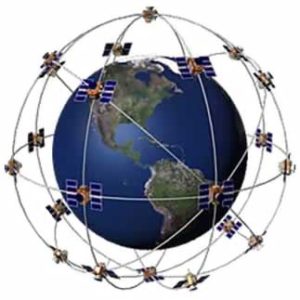 Poor GPS Experience 1. I’ve been using WorkSmartLabs CardioTrainer app for Android with its Weight Loss Tracker on a near daily basis. It has GPS features that allow me to track how far and fast I travel when exercise by walking or cycling. It’s a great feature, but only when your phone has a reliable GPS function. My G1 always gave me extremely accurate readings, but on one particular cycling trip the Samsung Vibrant showed me following a course almost 10 miles east of my actual location.

Poor GPS Experience 2. While using CardioTrainer on a walk, the Samsung Vibrant showed me as walking in along a spiraling or corkscrew direction. Furthermore, it showed me as moving while I was standing still. I imagine the movement was the device working on pinpointing my location while its link to the satellite signal improved.

Poor GPS Experience 3. Here’s a beaut. I’m riding my bike under the clear open sky, yet the Samsung Vibrant lost its GPS signal and showed several gaps in he course I followed. the largest gap was almost a quarter mile long. 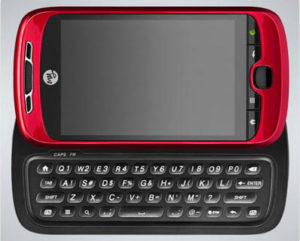 Taking It Back. I took the Vibrant back to T-Mobile, and told them I was very disappointed with the phone and wanted to exchange it for the MyTouch 3G Slide Android Phone (made by HTC; makers of the G1 and the Sprint EVO 4G). The 3G Slide is smaller than the Samsung Vibrant and doesn’t have the Vibrant’s sexy iPhone look-alike charm, so they were amazed I wanted to exchange it since no one had returned one to that location in the two or more weeks since its release.

“They obviously don’t need GPS,” I replied. “I use it everyday, and I need to be able to count on it.” Specially since I was traveling out of state soon. (I was in Denver from 8/14 to 8/17 to see the rock group Rush at the Red Rocks Amphitheater on Aug. 16 — great show! Hurrah! Where you there?)

Update: In the last 48 hours, while I was in Denver I read online that Samsung is releasing a GPS fix in September. They don’t have an exact date as yet. I’d consider a possible move back to the Vibrant if the fix really works. My old G1 was highly reliable with GPS. I’d like to see if the Vibrant can be too.

Currently, the MyTouch 3G Slide is working fine by me. The contact manager and calendar work the way I used to, along with a few other improvements. The GPS is solid and my workouts have been tracking fine. As a matter of fact, the Vibrant couldn’t get a GPS signal in the T-Mobile store, but the 3G Slide got a fix within 300 meters in less than 3 seconds in the same location. The only problem I am having is the power switch is right on top and tends to activate the phone when its off in my pocket.

The Vibrant has great HD video and multimedia features. That seems to me to be Samsung’s focus — video and photos — but these, as nice as they are, are not features I really need. I considered quitting T-Mobile and getting the Sprint EVO 4G (another HTC phone) but I have a lot of friends who use T-Mobile so its nice to be able to call them any time at no extra charge, ie minutes of airtime.

Samsung Vibrant is NOT my new Android Phone (Part Two)

Monday I started discussing issues I had with the new Samsung Vibrant, a phone which uses the Android operating system for cell phones.

The Calendar. I am a forgetful person, so a great calendar that sends me reminders when I need them is a big plus on a smartphone. I’m busy and have lots of things I try to accomplish every day in my business and personal life. I need to have substantial and timely alerts to prepare for and be on time for business meetings and appointments with clients.

With the old G1, I liked being able to specify a basic (default) reminder interval for events. Typically I like to get notified 2 hours in advance that I have something coming up. The Samsung Vibrant had a several presets, one being 1 hour in advance, and the next being one day in advance.

The preceding line was not a typo. I was genuinely puzzled and dismayed. This was pretty annoying. I’d have to choose between 1 hour or 1 day. Some may not consider this a problem, but for me it was. Eventually I did discover I could set a reminder for 2 hours in advance, but I couldn’t set 2 hours as my default reminder. Each appointment I entered I had to set the reminder period manually. Can you say “excessive keystrokes”?

The next problem with the Calendar I will admit is specific to the basic Android O/S and the Samsung variant. Both allow you use multiple Google Calendar accounts so you can import from your multiple accounts or from associates accounts. NEITHER version allows you to specify the your own color scheme for these calendars. The software chooses them for you, and most of them appear to be shades of brown. It would be great if I could choose my own colors.

Next Up: The Biggest Problem of All.

Please chime in with your own pros and cons on the Samsung Vibrant. It has great features, too, but these were dealbusters for me. Specially the next one.

Samsung Vibrant is NOT my new Android Phone (Part One) 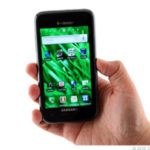 Well, just two weeks ago I finally upgraded my Android Phone — twice. I had the original Android phone, T-Mobile’s G1 by HTC. Perhaps you’ve heard of HTC? They make the Evo 4G for Sprint, too. That phone sold out in a day or two, nationwide, when it was released in early June. You may also recall back in early March that Apple sued HTC and HTC sued Apple in May for various patent infringements, and each requested that the other not be allowed for sale in the US. (I find it amusing, in the previous link, that they wonder what would happen if both companies won and neither could be sold in the US.)

But, as I’ve done before, I digress.

So anyhow, two weeks ago today I went to T-Mobile to get the Samsun Vibrant. The Vibrant is the T-Mobile version of Samsung’s four new Galaxy S series of Android based phones: the Epic 4G (Sprint), the Captivate (AT&T), and Fascinate (Verizon) are the other three .

As I’ve mentioned before, Android is Google’s operating system for smartphones. Most people identify the Motorola Droid for Verizon as the only Android phone, but, in actuality, it is just one of many Android based phones on the market.

So I got the Samsung Vibrant which has HD video capability, TV output for video, and come preloaded with the entire James Cameron film Avatar, and the videogame The Sims. None of these features interested me at all. I was just interested in getting a faster and up-to-date Android phone since the G1 was stuck at version 1.6 while the latest Droid phones used version 2.2.

A few items ticked me off with the Vibrant.

The Contact Manager. First thing I noticed was the address book. The basic Android contact manager was great as it stored all the contacts on Google’s Gmail servers, making them accessible on any Internet connected computer, but the Vibrant, while having capability to do the same, also allowed your contact info to be stored on the phone instead of on Google’s servers, and storing on the phone is the default setting. I couldn’t seem to find any way to change the default, so if I wasn’t careful I’d wind with some contacts on the phone, but not on Google.

Furthermore, I had trouble setting the default phone number for my contacts. With the basic Android system it was quite easy, but the Samsung version made it more complicated, and even if you set it, there was no guarantee that you could just simply auto dial without being offered the option of using one of your contact’s other numbers.

Tomorrow I’ll continue discussing the other problems I had with the phone, and which phone I replaced it with.

Google Android Will Update This Week

It’s been a while since I discussed Google Android on this site, Sept. 16, 2008 to be exact, but I have been keeping an eye on it. (I bought one in February).

Currently, the only phone using the Android operating system is the T-Mobile G1 manufactured by HTC.

Last week T-Mobile announced they would start distributing the long awaited “Cupcake” or v1.5 update. (An update was previously released in February 2009). Here’s an excerpt from their announcement:

T-Mobile is delighted to announce the upcoming release of Android 1.5 with ‘Cupcake’ coming soon to the T-Mobile G1,” T-Mobile wrote in a statement late last week. “We plan to begin sending out the update starting the end of next week. As with previous software maintenance releases, the update will be randomly sent ‘over the air’ to T-Mobile G1 customers. We expect everyone will have their update by the end of May.

The earlier update many fixed some problems, but added few new features. The new “Cupcake” update will have several new features — some of which, like a virtual keyboard, are highly anticipated by owners of the device. Here is a list of new features to be found in the update:

Additional features include a more refined user interface, animated window transitions, keyboard clicks or vibrates if desired, and an accelerometer for rotating applications onscreen. The camera will have a faster startup time, and faster shutter speed (image capture), while the GPS features are supposed to have faster response times. (GPS navigation wasn’t suitable for driving, and the route didn’t recalculate if you changed your course. Improved GPS functionality was available from third parties such as Telenav.)

Google has released a video highlighting the improvements and enhancements (shown at top) found in the Cupcake update. T-Mobile has released an Android 1.5 with Cupcake video as well. Many G1 user videos can be found on YouTube.

And in case you were wondering, Cupcake is a codename for the update, and the codenames are alphabetical. The next update will start with the letter “D” and some, like Rob Jackson at Phandroid, are speculating it will be called “Donut” to be followed by “Eclair” in keeping with the dessert theme.