Laptops? And Notebooks? and Netbooks. Oh my!

“What is the difference between a laptop and a notebook?” 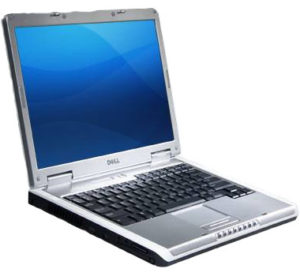 I know it can be hard to tell the difference between laptops and notebooks since manufacturers and advertisers will blur the distinctions to influence sales based on current trends and consumer demand. Also, since 2007, the rise of the netbook has caused the terms notebook and laptop to be synonymous, but, technically, you could say the difference revolves around processors, battery life, optical drives (DVD/CD), and size, but not necessarily weight due to varying levels or durability and ruggedness.

Furthermore, when discussing the “technical aspects” of laptops and notebooks there is no distinction between Linux, Mac , or Windows based computers.

Last of all, I will discuss what distinguishes the netbooks from the laptops and notebooks.

Laptops will have stronger processors, often the same ones found in desktops. Notebooks will have processors that use less energy to prolong battery life.

Laptops will either use Intel’s Pentium, Core 2 Duo, Core 2 Quad, or Celeron processors; or they’ll use AMDs Phenom, Athlon, Turion, or Sempron processors. The Core 2s, Pentiums, Athlons and Phenoms are the most powerful, and will use up the most battery power.

Laptops include integrated (built-in) optical drives for playing DVDs and CDs. Notebooks, on the other hand, often do not include a DVD or CD drive to save battery life, size, and weight in that order. For the notebook computer the optical drive must either be purchased separately or added as an option.

Laptop batteries will hold a charge for 2 or 3 hours of operating time. Notebooks will run for 8 hours or more. How long the battery holds a charge is most affected by hard disk drive and optical drive usage. These devices have motors which spin the disks. Frequent saving and accessing of files on these drives will result in shorter battery life. The same applies to the playing of DVDs or CDs. Since notebooks often do not include a CD or DVD drive, the battery will last a little longer. Additionally, some computers may have heavier batteries than others.

Laptop computers are often more 12 inches wide, over 9 inches deep, and over 1.2 inches in height. As mentioned above, leaving out the optical drive allows a notebook to be smaller in all these dimensions. Weight is not necessarily a distinguishing factor. A laptop can weight as little as 5 lbs to as much as 10 lbs. or more. Notebooks can go can be as light as 3 lbs., but, depending on its ruggedness and durability, can weigh as much as 8 lbs. When traveling, a laptop often requires its own carry case, but a notebook could fit into a briefcase or a smaller container with other items.

Laptops versus Notebooks: A Summary

So laptops tend to be larger than notebooks and have a shorter battery life. Laptops also tend to have optical drives and the same processors found in desktop computers. There are many areas where laptops and notebooks overlap; and, since the advent of the netbook in 2007, the term laptop and notebook has become almost synonymous.

Netbooks are much smaller and lighter than the laptops or notebooks. Most netbooks have no dimension greater than 10 inches, and their weight is less than 3 lbs.

For processors many netbooks run on Intel’s Atom or Celeron processors.

Whereas laptops and notebooks run programs that are stored on the hard drive, netbooks rely more on Internet based services and web sites.

Frankly, if the computer is small enough to fall between my legs when I am sitting comfortably with my knees apart, then it’s not a laptop.