Rob Pegoraro of The Washington Post has an excellent article, “Pre-Flight Instructions For Your New Computer”, for new computer owners. Whether you have a new PC or a new Mac he offers excellent advice for getting started with your new computer.  Here are a few of the recommendations he’s made for users of Windows Vista and Mac OS X Leopard:

Apple Encourages AntiVirus Use for Macs?! 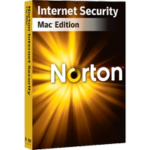 [Links in this article were updated 12/2010] This was an article I had started on Dec. 1, but never finished. I publish it now because an interesting twist came along later.

Apple updated an article on its knowledge base site to encourage “the widespread use of multiple antivirus utilities” on Mac computers:

Summary
Learn about antivirus utilities available for the Mac OS.

I’ve encouraged the use of anti-virus software on Macs for a long time now. Mainly due to the possibility that Macs could become carriers of PC viruses. A Mac user could unknowingly receive an infected document and then forward it to someone else; not knowing they had just passed on an infected file.

As I said, I never published the post, but several other blogs and news outlets reported on it, most notable Brian Krebs of the Washington Post. Then came the twist, Apple pulled the report from its Knowledge Base.

I still endorse the use of antivirus software on Macs. Sure, there are few Mac viruses out there, but the number will likely grow along with their popularity; and, sure, Macs need not worry about being affected by PC viruses, but there is still the risk that a Mac user will unknowingly receive and forward an infected file.  Restated, a person using a Mac might receive an infected article, and not know it was infected, and then forward it to someone else, perhaps to a PC using friend.

Don’t let your Mac be a “Typhoid Mary”. (Mary Mallon (1869-1938) was a cook who was found to be a healthy carrier of typhoid fever. She never succombed to the illness, but many people around her did).

Look into a quality antivirus program for your Mac, particularly if you share file with PC using friends. After all, not all of them are using an antivirus utility either.

Symantec’s Norton AntiVirus for Mac is available from these online retailers: