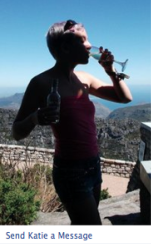 The popularity of social networking sites like Facebook and Twitter has created a malicious hacker wonderland. A fantastic place for them to exploit the users of those sites. Their goals? To infect computers with malware, trojans, and viruses. There are a variety of exploitative programs out there. Some obtain personal information, sometimes voluntarily, sometimes through nefarious means, while others transform a computer into remote-controlled “zombie” machine.

Why do people fall prey to these schemes? Because they lack (1) anti-virus and (2) malware protection programs on their computers; amd they lack the skills necessary to spot and avoid the potential risks. Free service and the ease and seeming anonymity of point-and-click make increase the chances they will lower their guard.

Hijacking Twitter’s Trending Topics. This technique has become popular in the last three months. Basically, hackers create new Twitter accounts and then post messages related to whatever the trending or “hot” topic of the day may be.  As a result, the post gets included in Twitter search results. The hackers message includes a link or web address that they hope unsuspecting users will click and explore. The link, unfortunately, leads the user to an infected website.

Hijacking Legitimate Accounts. This works on Facebook, Twitter, and any communications website such as Yahoo! mail, Hotmail, and Gmail, to name a few. Here the hacker breaks into legitimate accounts. Once in, they start sending out messages on that account. The messages, as above, include links to malicious and/or fraudulent websites. Since the tweets, posts, or emails come from a legitimate and trusted account the established base of friends and followers is more likely to respond. On Twitter, this makes it more likely that others will spread the seemingly legitimate message from a known and trusted source. This increases the range or “reach” of the threat.

Dangerous Email. Another method of encouraging social networking users to click malicious links is the timeworn technique of sending “spoofed” email. In this instance, the hackers create messages that appear to come from a social networking site like Facebook or Twitter, and even MySpace. The messages asks that you to “update your account” or open an attachment.

Last week I discussed some of the recent tricks being exploited by hackers on Facebook and Twitter. These tricks can be harmful to your:

These risks come from:

How To Stay Safe

To better avoid the risks and dangers of social media sites you should employ these best practices as much as possible. You may already be following many of these, but it is best to review them and keep them fresh. Iften we follow the safest road, and when no dangers seem apparent, we can get lulled into a false sense of security and let down our guard. Or in this case, our computer guards.

So always keep your computer and browser up-to-date, and don’t open attachments. PLUS don’t assume your friend has been playing it safe either.  How often do we talk with friends about updating somputers and anti-virus programs? Not often, right?

But we should because malware hackers are getting trickier, and know they are seeking to use the trusted identities of our friends on Facebook and Twitter, to lull us into a false sense of safety. So use caution when friends send or provide links. Specially if it is out of the ordinary for them. After all, the risks aren’t on Facebook and Twitter, but in the sites they link to.