Velocity Cruz Reader – One of the Worst Tablets Ever 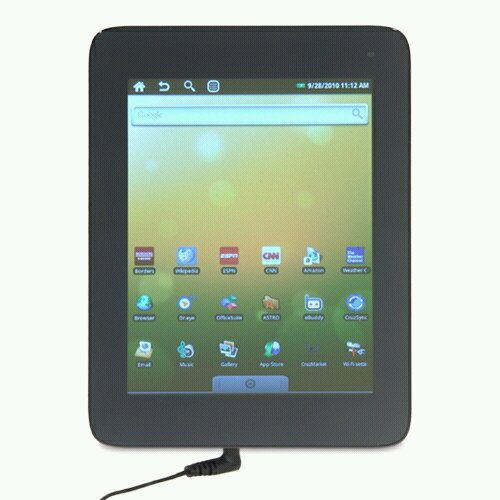 When I don’t post in a long time, sometimes because I can’t think of something to blog about, and then I write a post like this, and think “This post has been staring me in the face for weeks, and I’ve only though of it today?”
I’ve been aware of the Velocity Cruz Reader for about 6 months. It’s a device which serves much the same function as the iPad, but it uses the Android OS instead of Apple’s iOS.
I think the Velocity Cruz Reader is one of the worst tablets to hit the market. I’ve told that to at least 70 people considering getting a tablet.
And now I’m finally blogging about it.
Velocity has two tablets on the market. The inexpensive $120 to $150 Cruz Reader and the $250 to $300 Cruz Tablet. The first and less expensive model is the one to avoid, while the second is actually worth the money.
Clarification: Cruz Reader under $150, BAD; Cruz Tablet over $250, GREAT!

Sorry, I’m rambling, I’ve been awake for less than 30 minutes.
Honestly, I am surprised they released the Cruz Reader onto the marketplace. Its touchscreen is its worst feature, as it requires repeated hammering to get a reponse. One average I had to strike an icon 5 times before anything happened.
Then the 256 MB of system memory can’t be considered anything less than anemic, in my opinion. There are smart phones with more memory than this. When I point this out people often say, “No, Rob, it has 4GB of memory.” Tehn I correct them by pointing out that the 4GB refers to an SD card for storing files, and not to system memory for running the device and its apps. 256 MB will run into speed and functionality problems quite quickly.
So if you are looking for a tablet: Stay away from the Cruz Reader — try it for the hell of it — then buy the Cruz Tablet instead.
Guess I’ll blog about the Cruz Tablet for breakfast tomorrow. Have a great day! Eat your breakfast!